At Ashirwad IVF, this technique is performed in practically all of the In Vitro Fertilization treatments

The IVF with ICSI is an assisted reproduction technique that allows inseminating an ovum by microinjection inside a single sperm. Once fertilized, the egg becomes a pre-embryo and is transferred into the uterus to continue its development.

Through ICSI, only one sperm per egg is required. While without ICSI, between 50,000 and 100,000 are necessary

In Vitro Fertilization with ICSI is an assisted reproduction technique that makes it possible to fertilize an egg by microinjecting a single sperm inside it. In Eugin, ICSI is applied in practically all IVF treatments.

For some years, in vitro fertilization with intracytoplasmic microinjection, also known as ICSI for its acronym in English (Intra Cytoplasmic Sperm Injection) has been used regularly.

This technique consists in the insemination of an egg by means of the microinjection of a spermatozoon inside it. The steps before and after insemination are exactly the same as in a classical in vitro fertilization without ICSI, only the technique of insemination changes . In order to perform ICSI, only one sperm per ovule is required, whereas in classical in vitro fertilization without ICSI, between 50,000 and 100,000 are required. Once fertilized, the egg becomes a pre-embryo and is transferred into the uterus to continue its development.

The ICSI was developed in 1992 to treat cases of male sterility or sperm abnormalities: azoospermia (absence of sperm), oligozoospermia (low concentration of sperm), astenozoospermia (low mobility) or teratozoospermia (few sperm with adequate morphology) and Since then, it has been a great advance in the treatment of male infertility. Nowadays it is used regularly. Here at ClínicaEugin, we practice ICSI in 99% of cases, unless otherwise indicated.

How is an ICSI made?

To obtain the ovules the ovaries are stimulated by the daily administration of hormones during 2 or 3 weeks and a follow-up is done to control the hormonal levels and the development of the follicles (container sacs of the ovule) in the ovaries. When the number and size of the follicles is adequate, the day of extraction is determined.

The extraction of the ovules is done by puncture and aspiration of the follicles. It is a procedure that requires anesthesia by sedation. Once extracted, they are maintained a few hours by culture and, while, the semen is prepared to isolate the mobile sperm. Next, the ovules are prepared by removing the outer layer of surrounding cells and, by intracytoplasmic injection, a sperm is introduced into each one.

The day after the extraction and fertilization of the ovules we will know the number of them that have been fertilized. In the next two-three days these fertilized ovules will become pre-embryos prepared to be transferred to the uterus. On the day of the transfer, the pre-embryos that have the best development characteristics to be transferred are selected. According to the law, up to 3 pre-embryos can be transferred, but the most usual number is 2. Pre-embryos are placed in a thin catheter and introduced into the uterus. In the embryo transfer, anesthesia is not necessary. Of the pre-embryos transferred, usually only one of them is implanted, but it must be borne in mind that in some occasions more than one can be implanted, which would lead to a multiple pregnancy.

The non-transferred pre-embryos are frozen by liquid nitrogen (this cryopreservation is known as vitrification) and subsequently stored in the bank of embryos conveniently identified. These pre-embryos can be used in later cycles if a pregnancy is not achieved on the first attempt. Obviously, the treatment to prepare the uterus for a transfer of frozen embryos is much simpler since the stimulation and extraction of ovules is not necessary. 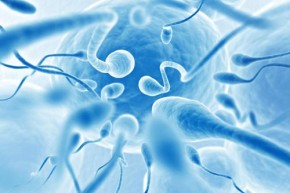