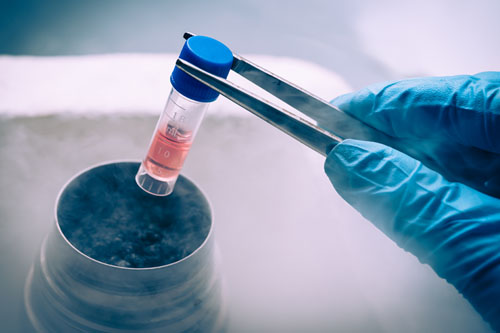 Thanks to the freezing of sperm, it is possible to preserve the fertility of men who do not want to be parents now and who can see their fertility compromised, as for example oncological patients. It also facilitates some assisted reproduction treatments. Next we will explain what the freezing of sperm consists of, in what cases it is done and what is the price of this technique.

What is the freezing of semen?

Semen freezing is a technique of assisted reproduction that allows cryopreservation of sperm for long periods of time without losing its fertilizing capacity.

The quality of the seminal sample is hardly altered by this process, since it only reduces sperm motility by approximately 10%. In addition, it should be noted that the seminal quality does not worsen depending on the time the sample is cryopreserved, as it is only affected during the freezing and thawing processes, not during storage.

Here we tell you a little more about this technique: Preservation of paternity.

In what cases does sperm freeze?

The seminal cryopreservation is indicated in the following cases:

Another advantage offered by freezing sperm is that it allows the creation of semen banks from anonymous donors. Thanks to this technique, it is possible to keep the seminal samples of frozen donors until it has been proven that they do not present any communicable disease, such as HIV. It also facilitates the programming of assisted reproduction treatments, since it is not necessary for the donor to go to the clinic on the same day in which the treatment is performed and even allows the transport of samples between different clinics.

How is sperm freezing performed?

Before freezing, cryoprotective substances are added to the seminal sample so that the sperm survive the process of freezing. Once a homogeneous mixture is obtained, it is distributed in 0.5 ml straws. Thanks to the fact that these allow to store the sample divided into small doses, it is possible to use a single sample for several treatments. For example, if the seminal quality is good, with an ejaculation it is possible to perform 6-8 treatments of in vitro fertilization (IVF). 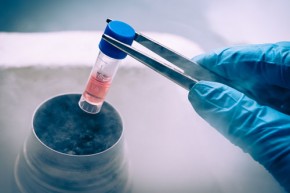